Over at TechDigest's brother site Brandish you'll find lots of news and features about gadgets, fashion, sports and more. Here is a selection of the site's most recent posts How to buy a vintage racing cycle – video which explains…

Facebook have banned Nirvana's album artwork for their seminal "Nevermind" album from the social networking site. According to the site, the picture was removed as it was found in violation of Facebook's terms of use. In particular, the album cover… 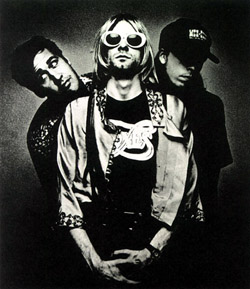 Did Kurt Cobain play computer games? History remains strangely silent on the issue. It’s hard to say whether he’d approve of Nirvana tracks being licensed out for use in musical rhythm games then. Still, that’s what’s happened, with news of two separate games that’ll allow fans to play along with Nirvana classics.