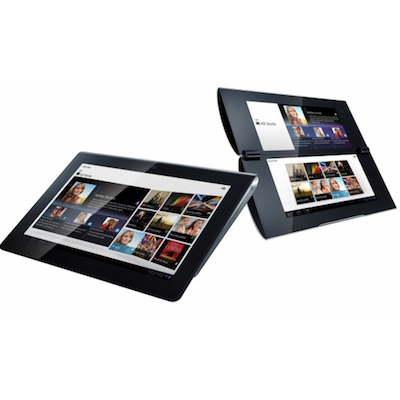 Sony may have been relatively late to the game when it came to announcing their own tablet devices, but they now seem to be moving pretty sharpish when it comes to getting the things into consumers hands. A leaked memo has revealed the Android tablets will be heading to UK shores sooner than we first thought.

The private note from the Sony marketing group reveals that both the tradtionally-styled S1 tablet and curved-clamshell S2 devices will hit UK stores in September, with pre-orders kicking off in August.

Sony Direct, John Lewis and one other yet-to-be-revealed retailer will stock the tablets at launch.

Revealed back in April, the S1 and S2 tablets are still something of a mystery when it comes to their specs. Both models will feature a Tegra 2 processor, while the S2 features dual 5.5 inch 1024 x 480 screens. We’ll keep you posted with more news as we get it.