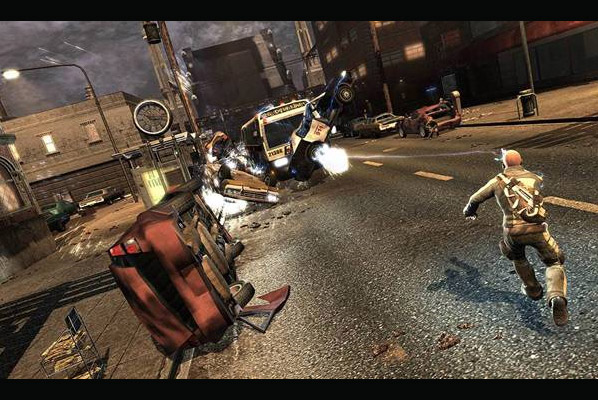 After over a month of woes for Sony’s online arm following the high-profile attack on their PlayStation Network service, the PS3 and PSP’s web-connected content and multiplayer portal is fully operational in the UK, US and Europe. It’s been a bit of a PR disaster for Sony, and in an attempt to appease the legions of gamers who have been locked out of the online service while Sony made some security touch-ups, the gaming giant is now launching a compensation scheme to placate angry users.

And to be fair, it’s pretty damn generous compensation scheme at that.

PS3 owners will be able to pick up two of the following games absoultely free: Dead Nation, inFamous (pictured), Little Big Planet, Wipeout HD and Ratchet and Clank: Quest for Booty. A mixture of older high-profile retail releases and full download-only titles, there are some real gems there, especially in the shape of inFamous and Little Big Planet.

On top of that, all PSN users will get 30 days free access to the premium PlayStation Plus service, while those who already subscribe to it will get 60 days for free.

Gotta hand it to Sony here; that’s not a bad way of saying sorry in our books. You can’t buy love they say? Looks like Sony may have done just that very thing.

One thought on “PlayStation Network hack: inFamous and Little Big Planet for free as compensation”