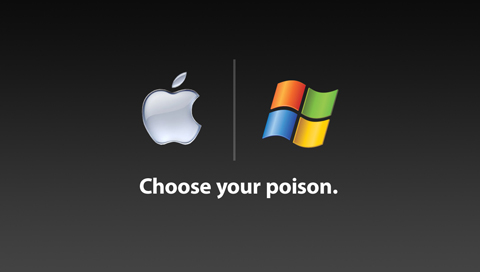 So Apple wants to trademark ‘App Store’ so no one else can use this term when it comes to selling similar things. This may seem fair enough, but Windows begs to differ.

‘App Store’ is too generic to be trademarked, Microsoft has complained to the US patent authorities, claiming it would restrict competitors’ ability to describe their own products.

Now Apple has launched a protest to Microsoft’s protest, helpfully pointing out that Microsoft is sitting on one of the most generic trademarks itself: Windows.

“Having itself faced a decades-long genericness challenge to its claimed Windows mark, Microsoft should be well aware that the focus in evaluating genericness is on the mark as a whole and requires a fact-intensive assessment of the primary significance of the term to a substantial majority of the relevant public,” Apple said in the filing. “Yet, Microsoft, missing the forest for the trees, does not base its motion on a comprehensive evaluation of how the relevant public understands the term App Store as a whole.”

Microsoft predictably (or generically?) responded by saying it remains confident.