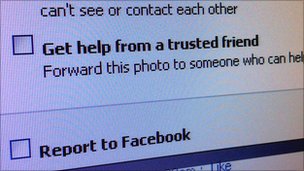 Now Facebook users can report problems to a “trusted friend” if they receive an unpleasant message, or they can report nasty comments or pictures directly to Facebook’s moderators.

The new feature was presented at a White House anti-bullying conference hosted by President Obama. Facebook’s director of European policy, Richard Allan, said to BBC News: “Often the best way of sorting offensive content is for friends to flag those things to each other.”

Facebook can even put users in touch with police, or suitable charities that can help. This may be too harsh a response in many cases, but Facebook’s ‘Safety Centre’ will let those being targeted discuss their options with a moderator.

This follows on from Facebook’s recent team-up with the Samaritans, where a reporting system was designed for users concerned that their friends may be at risk of committing suicide.