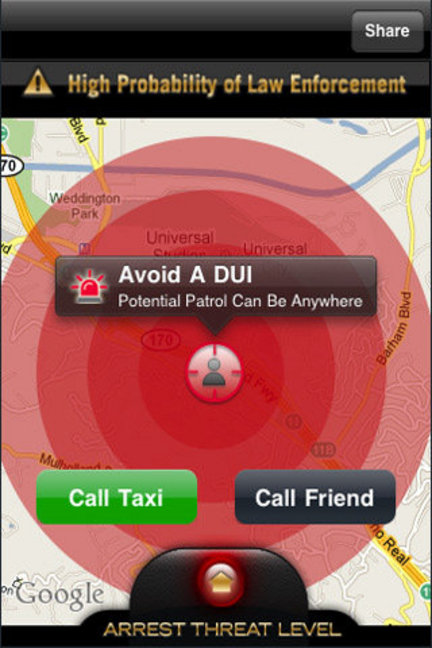 Apps that helps drunk drivers avoid police checkpoints face an outright ban after US lawmakers have turned their attentions to the issue.

The fact that drunkdriving is illegal is one thing, but these apps have the potential to be very dangerous. The apps could encourage people to drive even if they know they shouldn’t, safe in the knowledge that they will not be caught.

In a letter to Apple, RIM and Google, which all carry the third-party app, four US senators said:
“Drunk drivers should not have tools to evade law enforcement and endanger our friends and families.”

In addition to providing details about drunk-driving check points, the app also provided lists of speed cameras – presumably so the drunks could endanger people at a faster pace.

RIM has already responded, saying it will remove the offending apps. Android has said it will remove any app that ‘promotion of dangerous and illegal activities’, as stated in its rule book. Google has a similar clause, but it has not yet committed to removing the drunk-driving apps and neither has Apple, according to CNET.