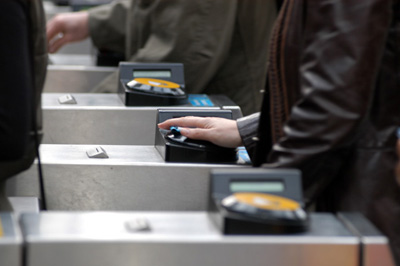 The Oyster card was a small revolution in ticket payments when it was launched less than a decade ago, but it seems it may soon become obsolete. Transport for London has confirmed that by the end of 2012, it will accept contactless credit and debit cards at the tube turnstiles, according to The Register.

Card payments on the bus will be enabled earlier in 2012, in time for the Olympics, but due to the work involved the tube will follow only later in the year. While changing the ticket system is quite complicated, it is cheaper for TFL to deal directly with the banks, omitting the Oyster middle-man.

There are some problems related to the project still – such as the time it would take for the system to call up the bank to check if there’s any money available. Commentators are speculating the solution may be to check this later in order to avoid massive pile-ups at the turnstiles, and then catch the cardholder as they tap out to leave the underground system.

I for one will miss the Oyster card, which feels like an integral part of London life. But an all-in-one chip that covers payment as well as travel is appealing too – actually we can probably just go ahead and implant this magic chip directly into our phone handsets?