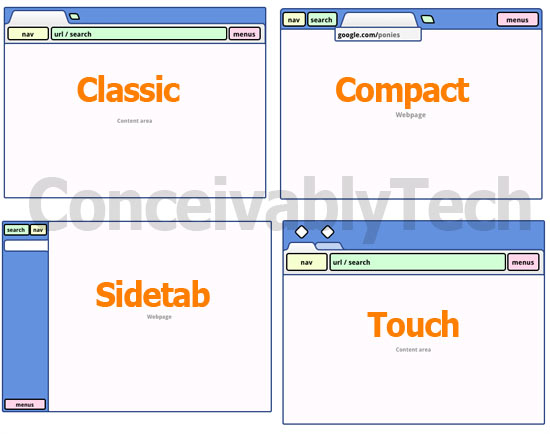 Google may be preparing to entirely remove the URL bar from Chrome according to plans for the latest update to their web browser.

As shown in the image above, four new styles are being worked on by the Google team; a classic navigation version familiar to any current users, a sidetab version pushing controls to a left-orientated panel, a touch optimised version and the controversial compact version which would remove the URL bar entirely.

It would be a major overhaul, and one likely to split the opinions of web users. Cast your mind back to the introduction of the Chrome Omnibox however, which collates URL, bookmarks, search and web history into one navigation box; it initially was met with trepidation but now nearly all browsers feature a similar format. Perhaps the URL bar will soon go the way of the dodo.