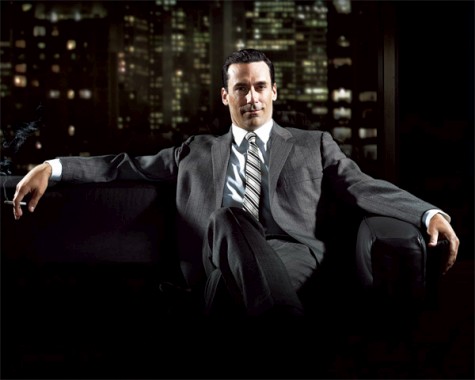 Intuitive advertising billboards is the future, and this future is a lot sooner than we might think too, according to a report published today by the Centre for Future Studies. 3D outdoor ads that can recognise people’s moods could be on the streets as soon as 2012, the study suggested.

This would be made possible by using cameras and software that picks up on facial expressions associated with certain moods. Once the ad has figured out if you are happy or down in the dumps, it would then respond with a message deemed suitable by the world of advertising.

“For example, if the system identifies unhappy consumers walking towards a billboard, adverts for chocolate and sun drenched holidays might be displayed,” the press release for the new “gladvertising” suggests. Some choccy might hit the spot, sure, but I’ve always thought pictures of sunny isles on cold January afternoons are just downright mean. At least now you now it’s not personal, but these robot-ads seem keen to add some insult to this particular injury.

Getting personal
So some of the kinks still needs ironing out, it seems, but nevertheless the trend seems to be clear: advertising is getting personal.

“With the rise of mood-aware adverts, “glad men” will need to be hypersensitive to the feelings and emotions of others, not just themselves,” said Dr Frank Shaw of The Centre for Future Studies. A panel of 21 “leading technologists, advertisers and media businesses” were consulted for the report, commissioned by technology group 3MGTG.

It’s also possible the new technology will take things even further, the study suggested, by accessing personal data from social networks through your mobile phone, and respond by “combin[ing] holograms, mood lighting and smells.” Might take some getting used to, that one – say the ad thinks you look tired and all of a sudden the smell of Red Bull comes wafting down the street.

The ads could even “adapt messages to certain situations,” according to the Up Front and Personal Report. So let’s think about that one for a moment – say you’ve just changed your Facebook status to ‘single’, and the super-clever ad picks this up and shows you an ad for a dating website. MEAN. Maybe you need to think this one through some more, Mr Draper.

3D adverts
The ads that pick up on your moods is only one of the things we will have to deal with in the future, according to the study. Other innovations include more general contextual adverts – say you are waiting for a bus that’s late, and the bus shelter shows you an ad for a car sharing service. Multi-sensory adverts would mean combining holographic video, sound, mood lighting and smells to add to the impact – presumably only for locations where people are sitting down or minding that gap could be tricky.

‘Dance for your discount’ is another one – interactive, gesture-based games where for instance you take part in a virtual penalty shootout competition outside a shop and the winner gets 20% off. Then there’s vending machines where you can touch the products before buying them; apparently haptic controllers enable tactic feedback before the product is even made. If you decide to buy the 3D printing technology will enable the vending machine to manufacture the item in 30 seconds

“Consumers are about to see a huge step change with 3D video adverts that react to their mood and context. It is clear from this report that we are at a tipping point – over the next few years we will see an explosion in intelligent out-of-home advertising that engages consumers with two-way communication,” said Dr Frank Shaw.