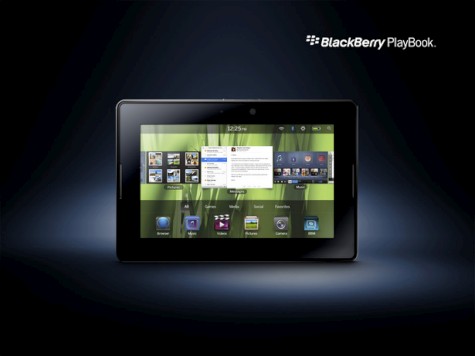 Out to combat these claims, the RIM PR machine has gone into overdrive, with Senior Product Manager Ryan Bidan stating of RIM that “our goal is to get a full day” from the device’s battery.

With a battery capacity of 5300mAh, the PlayBook will need to perfrom well in the face of stiff competition from Motorola’s Xoom and the inevitable iPad 2. In the case of Apple’s product at least, there’s no way you’d expect it to ship without an improved battery, in a device already hailed for its long usage and standby times.