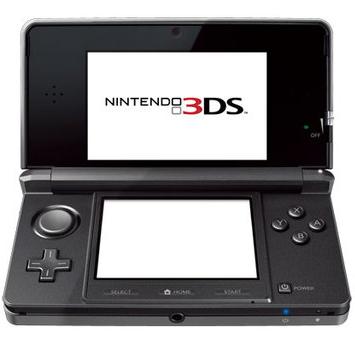 The Nintendo 3DS, the gaming giant’s forthcoming autostereoscopic handheld console, already shots 3D still images. It may not have even hit stores yet, but Nintendo are already teasing the possibility of releasing a 3DS with 3D video recording capabilities too.

Nintendo boss Satoru Iwata and the legendary Mario designer Shigeru Miyamoto kicked off the rumour over on the Ninendo Japan blog, where the pair share a regular Q&A session

“In a future, improved version, I think it would be enjoyable if you were able to film video,” Iwata told Miyamoto, though did not relate when the improved version would appear.

Nintendo’s DS was the best-selling handheld of all time, and this was in no small part thanks to the consoles regular design reboots, in the shape of the DS Lite and DS XL models. It would come as no surprise if Nintendo were lining up an annual range refresh for the new handheld too, with a video recording feature being held back for a later date.

Tech Digest will be getting some extended hands-on time with the 3DS next Wednesday at an exclusive press event. If you’ve any questions you want answered about the handheld, pop them in the comments box below and we’ll get busy asking them. Then be sure to keep your eyes peeled for fresh coverage on the handheld right here.

One thought on “Nintendo plan 3D video recording for the 3DS”