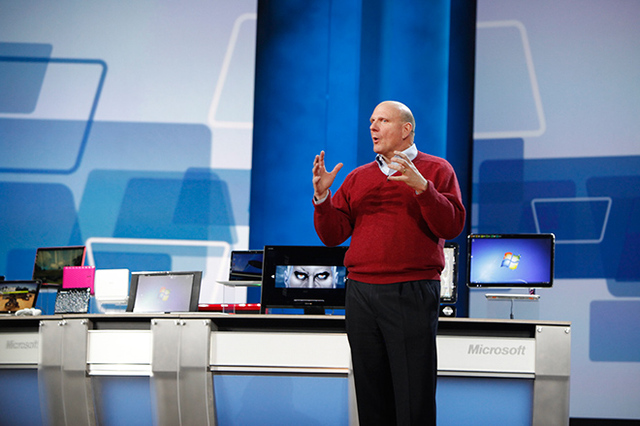 Steve, Steve, Steve Ballmer. Nothing makes us happier than your often bizarre, always excellent soundbytes concerning your gang Microsoft’s gear! If you’re not air-punching at press conferences, you’re dropping stone cold clangers like this one; saying that your Xbox 360 games console isn’t in fact a games console at all. Errr….?

“Xbox isn’t a gaming console”, he told USA Today. “Xbox is a family entertainment center. It’s a place to socialise. It’s a place to watch TV. We have Hulu coming. It’s the only system where you are the controller. Your voice, your gestures, your body”.

OK, it’s true, the Xbox 360 has enough different apps now to it to make it more than merely a games console than say, an old-school SNES once did. But it’s still very much a games console first and foremost, right?

Ballmer also believes that the introduction of the Kinect motion controller is beginning to expand the console’s appeal beyond that of the male hardcore bedroom gamer-geek.

He said: “I think about my own family. My wife used to say, ‘No, no, that’s the machine the boys use,’ and now she says, ‘Yeah, I want to go watch movies. Let’s go play the dance game'”.

“It opens up accessibility to family entertainment because with the Kinect, you control these systems with your body, with your voice. We’ve opened up the world of content in TV, movies. You just sit there and say ‘Xbox’ or ‘play movie'”.