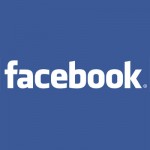 Third-party Facebook apps will now be given access to a users phone number and address as part of the User Graph object, should a user choose to submit the info.

As you’ll have to explicitly allow access for the application to the data it may not sound like much, but security experts Sophos think the changes could lead to a wave of brand new Facebook scams and headaches for the site’s users.

“This change isn’t as drastic as it might first appear, because users will need to give permission for third-party Facebook applications to access this data,” explained Graham Cluley, senior technology consultant at Sophos. “But it still sounds like a recipe for disaster, given the prevalence of rogue scam applications already on Facebook – all of which benefit from apparently being blessed by the Facebook name and brand.

“Facebook told its alleged one million app developers how to ask users for permission to access this newly liberated data late on Friday night, but we already know many users don’t bother reading the small print and just click the button without thinking of the consequences,” continued Cluley. “What they’ve failed to do is explain how Facebook will become more safety-conscious now that it has taken this controversial step.”

As always, if an app promises something that seems too good to be true, it’s probably not trustworthy, and be careful to only share your data with secure, legitimate developers.