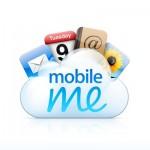 Apple’s MobileMe will be getting some substantial improvements in 2011. The source of this news? Apple main-man Steve Jobs himself, in reply to an email from an Apple fan.

Steve Jobs typically succint reply? “Yes, it will get a lot better in 2011.”

While it doesn’t say much of anything in terms of what updates will be included, it will come as music to the ears of MobileMe subscribers. Many have become increasingly frustrated with the service since Find My Phone went free, the main reason many people had initially paid for it. It’ll take more than just a few touched up Calendar and Mail apps to keep everyone satisfied.