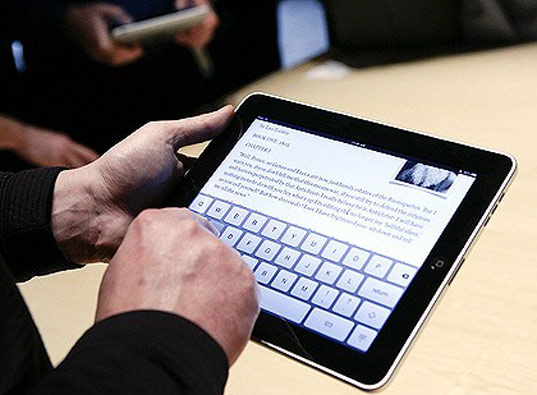 Who said you needed to have an actual existing product in order to advertise a bit of kit? Certainly not Apple, anyway. Rumour has it that they’ve already began shooting adverts for the next generation of iPad models, despite the fact that so far there are no finished devices in existence.

Shot by British photographer David Sims at New York’s Pier 59, a large security entourage and strict non-discolsure agreements for all crew were used to prevent any leaks to the press. That worked about as well as any NDA ever does, with one participant revealing that no iPad 2s were on set.

Instead, original iPad models were used during the shoot, with iPad 2 devices being digitally inserted during post-production.

So, what, if anything, does this teach us about Apple’s next tablet device? Well if advert editing turn-around times are anything to go by, you’d imagine that Apple will be looking to get some promo stuff for the iPad 2 ready very soon, which fuels rumours of a January launch date.

Also, digital wizadry aside, if there are any shots of actors holding an iPad version 1.0, you could hazardous a guess that the iPad 2 will be roughly the same size rather than the mini 7 inch styles that have been hinted at previously.