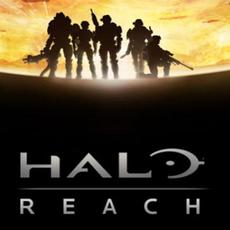 When Bungie brought Halo: Combat Evolved to the first Xbox console way back in 2001, they achieved what was more or less then considered near impossible; they created a first person shooter that didn’t just match the greats of the genre on the PC, but bettered a fair few of them too. The series laid the foundations for behind-the-barrel shooters on consoles, and now enjoys a fervent, loyal following. Three games of slightly diminished quality later (as well as a spin-off strategy title) and we now come to a tipping point for the series, as creators and developers Bungie are leaving the franchise behind to move onto pastures new. As sad as that is, they leave us with this last entry into the series, Halo: Reach, which, fittingly, can sit proudly as not only the best game Bungie have ever made, but also as one of the finest shooters of this console generation.

Despite being for all intents and purposes Halo 4, reach actually sits on the Halo timeline as a prequel to Combat Evolved. With main-man Master Chief not yet suited and booted, Reach instead follows a group of grunt shock troops called Team Noble. As Team Noble member number 6, you’re tasked with defending the human colony of Reach, as it comes under attack from the first ever wave of Covenant alien forces, a battle which previous entries into the series has shown can only end one way for humanity: badly.

It’s a pretty cliché story of self-sacrifice, and while serviceable, it’s a shame Bungie still haven’t nailed how to weave a great story through the gunplay within this final outing. That’s all but forgiven though given the quality of the single-player gameplay on offer in Halo: Reach, which is easily the most intense and enjoyable campaign in the series.

In terms of production values it’s nothing short of superb; Reach has a suitably grittier aesthetic than previous offerings and looks all the better for it, with ridiculously explosive set-pieces and a bombastic score to match it. Your wide arsenal of weapons have a distinct weight and feel across each gun, meaning shooting a pistol or a rocket launcher both have their own unique and satisfying punch. Level design is still more or less a mix of corridors and more open expanses, but played out on an epic scale, with improved AI meaning you’re never quite sure how a firefight is going to play out. There are also a handful of dogfight space missions, which nicely break-up the regular gun-toting action but never outstay their welcome. It’s all more or less tried-and-tested stuff for Bungie, and series fans will definitely pick up on some very familiar scenarios as they progress, but that’s not a bad thing. Bungie have tweaked the action to perfection, cutting the wheat from the chaff in single player, leading to a very succinct but well focussed nine-hour mission to complete.

Having said that, there are a few key gameplay mechanics introduced that do significantly mix things up. First up are jetpacks. Yep: JETPACKS. They only make brief appearances in the single-player mode, but are some of the most memorable moments in the game. Hurtling above enemies and raining down death from above may well be my gaming highlight of the year so far, and while it may have been a bit of a game-breaker to add them in too much over the course of the campaign, I’d have loved just a handful more scripted sequences with them. You’re now also equipped with a range of interchangeable armour power-ups, which can be swapped and charged at load-out points dotted across the map. These range from brief bouts of invincibility to stealthy invisibility, and add a much needed tactical injection into proceedings. Carefully selecting which armour set is best suited to each situation is vital if you’re to progress in the harder difficulty levels.

The single player campaign ends on a satisfyingly dramatic note (and do remember to hang around until after the final credits have rolled, hint-hint), but as all true Halo players know, the real fun lies in the multiplayer modes. And if this truly is to be Bungie’s last roll of the Halo dice, there’s very little more you could have asked for from them when it comes to online offerings.

The amount of customisation options beyond the standard match modes is staggering. Capture The Flag, Juggernaut, Assault and plenty of other modes can be played across 9 massive and expertly created maps with Bungie’s standard settings, which thanks to the pitch-perfect weapon balancing are a blast in and of themselves. But once you’ve got to grips with each standard mode you can tweak and twist tons of individual settings to create your own unique battlegrounds. Sniper rifles and jetpacks only? Go for it. Zero-gravity melee fight? You got it; if it appears elsewhere in the game, you can more or less throw it into a pick and mix match-up of weapons and gameplay features.

It’s addictive anyway, but Halo: Reach’s multiplayer now also comes complete with a credit ranking system. Each online battle, win-or-lose, offers credit-based rewards which can be exchanged for customisable gear for your online avatar, fuelling that “one more deathmatch” syndrome. Combine that with superb match-making lobbies, and you’re all set for literally hundreds of hours of sci-fi shoot-y goodness.

9 is a pretty healthy number of maps to begin with, but Bungie also throw in a robust map-editing tool in the shape of the Forge editor. There’s around 150 different items and structural pieces to mess around with which can be used to create all manner of madcap levels to challenge your friends with. It’s not quite as intuitive as LittleBigPlanet’s offering, but it’s a generous and welcome addition that will add longevity to the game beyond the inevitable DLC packs.

Firefight mode also returns, offering increasingly difficult waves of Covenant foes for you and your pals to take on. I’ve never really been too interested in this mode in previous Halo titles (it seems a little bit pointless when you have the challenge of real world competitors rather than AI opponents), but again Bungie have spruced this mode up too; again, all manner of settings can be tweaked, as well as “skull” drops littering the maps and offering different power-ups and abilities. Like the rest of Halo: Reach, it’s the same tried and tested gameplay that has featured before, but refined to perfection.

And that really is the best way to sum up Halo: Reach. It is, essentially, a showcase of all the greatest parts of the Halo franchise polished, improved and then rolled into one Über shooter to rule them all. With this being the last Halo game with Bungie at the helm, the developers could quite easily have gone and thrown the entire kitchen sink of ideas into the mixing pot as one final hurrah, and some may well criticize them for not doing so. But, as the old adage goes, “If it aint broke, don’t fix it”, which Bungie have sensibly kept to. Instead, Halo: Reach plays out like a Best: Of album by your favourite band; a finely tuned swansong that stands as a fitting monument to what surely now must be considered as the premier FPS series.

Buy Halo Reach for £36.99 from Amazon by clicking here