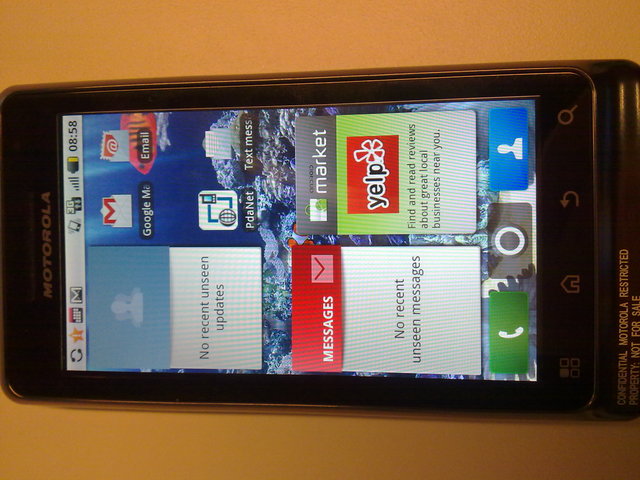 Motorola have this morning officially revealed details of their Milestone 2 handset.

Rocking the Android 2.2 Froyo OS, the Milestone 2 features Motorola’s Motoblur UI in a revamped build. Synchronising your contact book with details beamed from your social networks, the Motoblur homescreen is now far more customisable, with resizeable widgets and filterable updates from the likes of Facebook and Twitter.

Flash 10.1 is also onboard, running smoothly off a zippy 1Ghz processor. 8GB of storage is built in, expandable by a further 32GB.

The Milestone’s slide-out QWERTY keyboard has also been touched up, with slightly raised keys, dedicated symbol keys and no longer sporting the strange trackpad.

Perhaps the most interesting new feature is added Wi-Fi hotspot functionality. Up to 5 devices can be tethered to the Milestone 2, sharing your 3G connection.

With a Q4 release date, there is yet to be a price announced, nor network carriers. We’ll have a detailed hands-on run down and pics shortly.