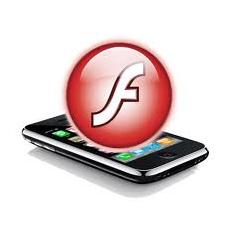 Apple yesterday issued guidelines on their App Store Approval process, and with that came news that they would also be relaxing some of their most stringent vetting procedures.

That now means that apps made with Adobe’s Flash to iPhone compiler wont automatically be rejected by the folks in Cupertino. Developers who have used Flash Professional CS5 in the creation of their apps will now be able to export their hard work.

Adobe have issued this statement:

“Apple’s announcement today that it has lifted restrictions on its third-party developer guidelines has direct implications for Adobe’s Packager for iPhone, a feature in the Flash Professional CS5 authoring tool. This feature was created to enable Flash developers to quickly and easily deliver applications for iOS devices. The feature is available for developers to use today in Flash Professional CS5, and we will now resume development work on this feature for future releases.”

However, don’t get this news confused with Flash-support for the iPhone. Apple have merely relaxed the rules on accepting iOS apps built using Flash. Native support for Adobe’s software is unlikely to come any time soon, if ever.