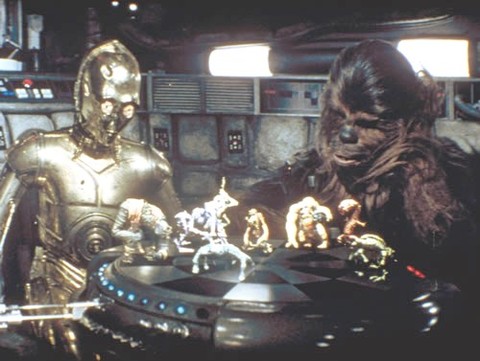 A long time ago in a galaxy far, far away a gang of Star Wars fans requested that they could watch their favourite sci-fi space opera in high-definition. Finally, after years of waiting, Star Wars creator George Lucas has confirmed that all six live-action films will be making their way onto Blu-ray.

The news was announced at the Star Wars Celebration V event in Orlando, Florida, marking 30 years since The Empire Strikes Back hit cinemas.

However, Star Wars fans shouldn’t hold their breath just yet, as there is still a lengthy wait ahead before anyone will get their hands on the movies.

“I wish I could say it was coming out this year”, said Lucas, speaking at the event. “But it will come out next year.”

With a pencilled in release date of “Fall 2011”, it’s one for next year’s Christmas list then.

Among the new features set for inclusion are more never-before-seen scenes, including a new introduction to Return of the Jedi, in which we find Luke Skywalker building his green lightsaber, with Darth Vader tempting him to the darkside of the force through an overdub.

One thought on “Star Wars Blu-ray confirmed by George Lucas”