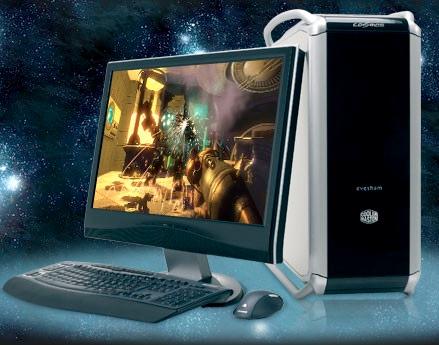 If there’s one comment the PC-gaming faithful have had to endure more than any other over the last decade or so, it’s that PC gaming (in the wake of the rise of the console) is suffering a slow and painful death, with many gamers defecting to either Sony, Nintendo or Microsoft’s machines.

However, a new report from the PC Gaming Alliance reveals that PC gaming hardware sales not only outsold sales of all the main consoles put together, but did so at a ratio of 2:1.

“Annual shipment volumes for the PC Gaming hardware market in 2009 were over two times larger than the combined Wii, PlayStation 2, PlayStation 3 and Xbox 360 console units shipped in the same period,” says the PCGA report.

“This trend for the PC Gaming hardware market to outpace all console shipments combined is expected to continue through the forecasted period of the research,” it added.

Making a nod towards the “causal” Farmville playing type, the PCGA also noted that “The report also estimates the worldwide number of consumers gaming with discrete graphics solutions on their PCs (Desktop and Notebooks) to be 212.6 million for 2009 and expects this to grow to about 322 million by 2014.”

It seems the trend towards mobile gaming platforms is also being seen reflected in the PC market, as PCGA research committee chairman Matt Ployhar increasingly sees sales of gaming notebooks and laptops coming to the fore. “One of the biggest trends I’m seeing in the 2009 Horizon’s hardware report indicates a strong demand for more capable mobile based systems by PC Gamers.”

For a full break down of the report, click here.