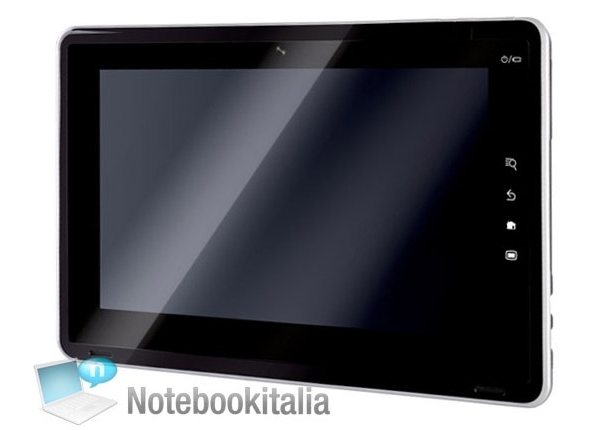 More tablet news following this morning’s announcements from Viewsonic and Archos. It looks as though the first shots of Toshiba’s SmartPad tablet have broken cover ahead of next month’s IFA conference in Berlin where it was set to be officially revealed to the public.

The first details of Toshiba’s device suggested that the tablet would be a 10 inch Android affair boasting a Nvidia Tegra 2 chip. If the latest leaked images are the real deal, it looks like you’ll be able to add a headphone jack, USB and mini USB ports, a HDMI port and memory card reader to the list of specs, as well as the usual array of Android hardware buttons. Scroll down for some more images.

Rumour has it Toshiba also have a Windows-based tablet in the works, though no word on whether or not that will make an appearance or not.