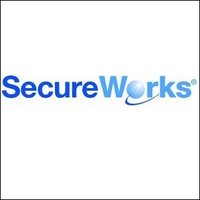 SecureWorks, the information security service provider, have revealed their findings for what they have dubbed the “World Cup” of cyber security. Mining information on their 2,800 clients, they’ve compiled a list of which countries are most vulnerable to online attacks.

“The statistics show that a substantial number of vulnerable computers in countries worldwide have been compromised and are being used as bots to launch cyber attacks.” said Jon Ramsey, CTO for SecureWorks. “Overall, the study shows that not only are organisations and individuals putting themselves at risk by not securing them, but they are actually providing cyber criminals with a platform to compromise other computers.”

“The reasons for the difference in number of attempted attacks per country could comprise many things – this ranges from the overall Internet speeds in a country and how proactive the ISPs are in protecting their clients to general user education on security. The ratio of Windows, Mac and Linux users in a country will also make a big difference,” continued Ramsey.

So, at least England fare a little better in this “World Cup” than in the real deal, placing 6th with just 107 attempted cyber attacks per 1,000 PCs. It’s also unlikely that you’ll ever here the words “India” and “World Cup champions” in the same sentence ever again, but at least I know what country I’ll be safest to shop online in the next time I’m abroad.

The full chart of findings can be viewed below.