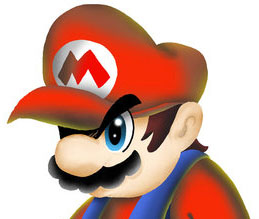 Both Nintendo and Capcom have reported massive losses during the financial quarter between April and June of 2010.

Nintendo saw a decline in both net sales and operating income, down 25% and 45% respectively. It lead to a rare quarterly loss for the legendary gaming house, costing them some $290 million (£185 million) compared to profits of $480 million (£306 million) over the same period the a year earlier.

Though sales of the Wii console surprisingly increased, DS hardware and DS and Wii software sales dropped, which, when added to currency fluctuations, accounted for the majority of the losses.

Capcom had a similarly rough quarter. The relative failure of triple-A titles such as Lost Planet 2 and Monster Hunter Tri, both with substantial development costs, saw a whopping 94.8% drop in income for the Street Fighter stable. Net income was down 72.6% compared to the previous year at 1 trillion Yen, whilst net sales also fell 2.4% to 19,037 million Yen.

One thought on “Nintendo and Capcom report massive quarterly losses”