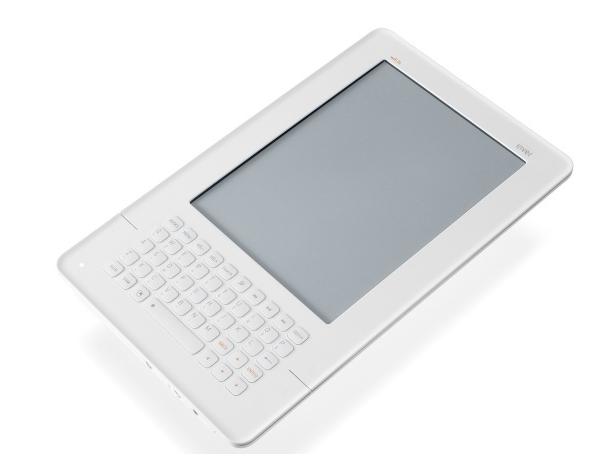 The iRiver ebook reader was already a pretty solid ereader when it was released last year, but there was one rather glaring omission; it lacked a Wi-Fi connection. Well, it’s now been thrown into the mix in a re-vamped edition of the hardware, making it a viable alternative to an Amazon Kindle.

Apart from the Wi-Fi connection, the rest of the spec-sheet remains the same. The iRiver WiFi Story EB03 is still a 6-inch model, still has a 600×800 resolution, and still has 16 degrees of greyness to suit your reading preference.

The Linux based software on board can view EPub, PDF, TXT, FBU and DJVU ebook files, and also can manage Microsoft Office files and a few standard picture formats. You also get audio playback of MP3, OGG and WMP, while a full QWERTY keyboard allows you to keep notes on the reader.

The iRiver now team now also have a deal with WH Smiths, allowing the book retailer to sell digital copies through the device, which should go some way towards filling its 2GB of storage space.

Problem is, it’s all still a little bit expensive. The iRiver is £250, whereas the Kindle has just had its price slashed in the US to $189 or £125 when converted to UK currency. The Wi-Fi add-on may be a step in the right direction but, sadly, the price is not.