Fresh from shaking our thang in the sun at Glastonbury we thought it would only be fair to share with you some of the gadgets that made the whole festival experience such a breeze for us this year.

And whether you’re off to Sonisphere, The Big Chill, Reading or Bestival and need to stay in touch with the outside world or make your camping trip just that bit more civilised, you’ll need the right equipment.

Firstly, get hold of a One For All Universal Car Charger as this will enable you to keep all your phones topped up on the way. It also makes for a nice little back-up plan if all else fails and you are forced to schlep back to the car at some point, beers in hand, to give your phones some juice. At a festival like Glastonbury this is a nightmare so you’ll want other options.

Our game plan focused around using several portable chargers to keep the phones juiced up during our stay. After all, there’s nothing worse than losing your mates at somewhere like Worthy Farm as the only place you’re likely to find them is back at the tent battered at 4am.

Of those we tested three stood out above the rest. These were the Veho Pebble, the Proporta TurboCharger 3400 and the Varta V-Man. Essentially these are batteries charged before you leave home which will power up all manner of wireless devicies whatever the weather. For those of us suffering at the hands of the iPhone’s battery life these were a salvation. That little Pebble, for instance, will charge your phone up to four times before it dies.

That said, if you’re feeling all eco and want to go solar then try the Solio Classic. 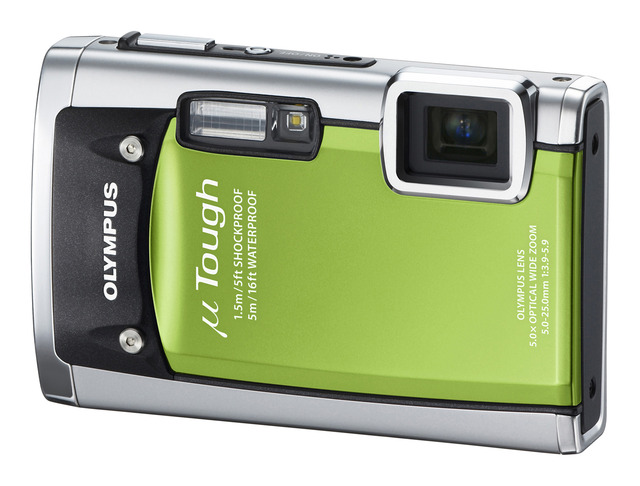 After a few ciders you’ll be in high spirits and itching to see some bands, so be sure you pack something to record what you get up to. We used the Olympus Mju Tough-6020, a hardy little beast which is dustproof, waterproof (to 5m), freezeproof (to -10c) and uses its 14 mega pixels to good effect, taking crisp pictures. It also has some nifty features – such as fish-eye and a 5x wide optical zoom lens – which enable you to create shots to remember.

For videoing those bands we used Kodak’s Playsport which was fantastic at capturing the booming atmosphere in HD created by the likes of Muse. This is also designed to withstand some punishment and would have been ideal if it had rained – you can take it swimming at up to depths of 3m. In the meantime it had beer spilt on it, had several washes and seemed to last for ages when filming little shorts. When you’re home you can easily upload your films onto your PC/Mac or simply play them direct to your TV via its in-build HDMI port. Touch!

When the sets finish it’s often a nightmare trying to get a phone signal or text through to anyone, so why not go old school and try a decent set of walkie-talkies like the Binatone Terrain 550s. With a range of up to 8km you’ll have no problem getting hold of your buddies as you make your way to Arcadia.

And for those of you who love the madness of the dance tents the latest Clarity 656 earplugs from Howard Leight by Sperian should help to prevent ringing in the ears without spoiling your night, as these use technology that retains the natural frequencies of the music being played.

These days you don’t need to worry about finding your bed either as long as you’ve got a buddy with an iPhone. The Tentfinder app does what it says on the tin.

Back at camp we were using the handy Yellowstone 5 LED flashlight from the RNLI which looks like a Swiss army knife with a torch on the other end. However, the piéce de résistance here comes in the form of the Eton Scorpion. So much more than just an LED torch, this doubles up as a radio and can act as an external speaker for MP3 players. Users can also power it up via the mains, solar panel or crank. It’s splash proof and even has a bottle opener. Genius!

In the mornings whilst nursing our hangovers we also really enjoyed the sounds produced by Logitech’s S125i, a competent portable speaker system for your iPhone or iPod. It’s cheap at around £30 and produces a decent sound.

If you want to take those creature comforts that one step further, why not kit yourself out at home with a NAS device like Buffalo’s LinkStation Duo before you go and use it to store and share your pictures and videos from any phone with a web browser. Similarly this also means that as well as having access to terabytes of storage, you can even watch films stored here on your iPhone via a 3G or wi-fi connection whilst having access to your entire music collection too.

Breakfast came courtesy of our Outback 3-in-1 gas barbecue from Robert Dyas and if you don’t want to use wet-wipes or queue at the sinks all weekend, might I suggest using a Pocket Shower afterwards. This cunning piece of kit zips into a 3″ x 6″ pouch weighing just 4.25 ounces. You simply fill it with water, leave out in the sun and then either hang from a branch of a tree or get a friend to hold for you. Simples.

One thing you might wish to consider when at a festival is getting yourself a pre-paid card such as Kalixa. This can be used in exactly the same way as a normal debit or credit card but avoids the risk often associated with losing these as it’s not linked to your bank account or personal identity.

Lastly, if you’re in any way worried about the journey home after several days of partying hard, then you could do a lot worse than kitting your car out with the TomTom Start2 as its lane guidance features will help put your mind at ease and save on those frayed nerves and arguments to boot.