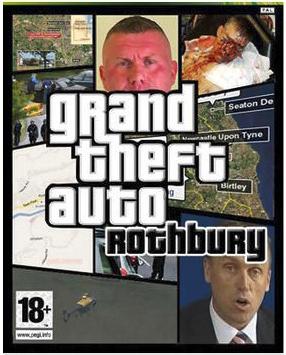 Deary me, quite a blunder spotted over on the Daily Star website today.

Following the feverish media coverage on gunman Raoul Moat and his stakeout in the otherwise-quiet village of Rothbury, the Daily Star must have thought they had quite the scoop when they seemingly uncovered that a Grand Theft Auto : Raoul Moat Rothbury Edition was in the works.

Moat went on the rampage earlier this month after believing his ex-lover was in a relationship with a policeman. Shooting and wounding his old flame Samantha Stobbart, the killing her boyfriend Chris Brown and blinding PC David Rathband, Moat went on to take his own life on July 10th.

It’s a tragic and brutal story, and it would be in incredibly bad taste were GTA developers Rockstar even considering the idea.

The problem is of course, it’s wholly untrue. Rockstar have no such plans, and the Daily Star’s evidence is merely a mocked-up Photoshop job that someone has slapped together as a sick joke.

Though the Daily Star have since pulled the story, the quick-witted team over at MVC UK managed to take a screen grab of the ridiculously sensationalised story before it disappeared forever. You can view it here.