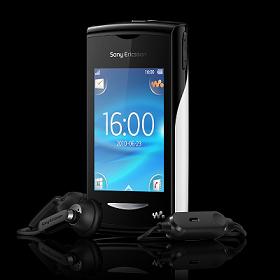 Sony Ericsson have announced the release of their new Yendo handset, looking to combine the best parts of a Sony Walkman with the social networking smarts of a smartphone.

Featuring a 2.6-inch display at a resolution of 320 x 240, a 2.0-megapixel camera, Bluetooth stereo (A2DP), FM radio and 3.5 mm audio jack, it sets itself apart from the crowd with its sweet set of music features, including Touch TrackID, MediaGo and PlayNow all usually found in Sony’s Walkmans.

Available in either black, blue, green, orange, pink, purple, red, silver, white or yellow, you’ll be able to pick the Yendo up by the end of the summer.