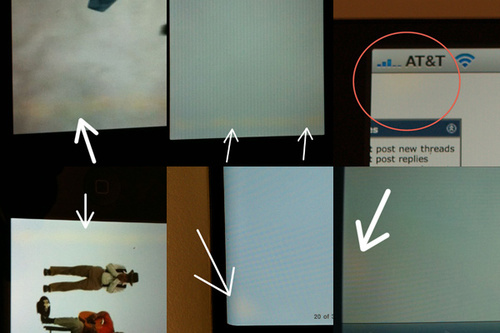 Gizmodo is reporting that some of the new iPhone 4s are shipping with a faulty screen. Axe to grind? Surely not.

It would appear that some new iPhone users have spotted yellow discolouration and bands on their snazzy new iPhones though Apple seem happy to replace the faulty handsets, no questions asked.

News of the handful of dodgy screens hasn’t stopped people queuing up and down the country. Such is the clammer for Apple’s newest baby O2’s customer service lines went down this morning and O2 customers are reporting a patchy service.

It also seems that some fanboy tears might be spilt as a Twitter rumour would have it that a mere 16,000 handsets have made it to the UK, as opposed to the 60,000 touted previously.

Have you managed to get your hands on the iPhone 4? Tell us what you think of it.