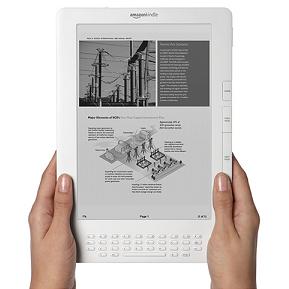 The Amazon Kindle and Barnes and Noble Nook e-readers have had their prices slashed in the US, in an attempt to win back customers now ogling Apple’s iPad.

Apple’s more powerful machine means that, for bit more cash, you’re getting an ebook reader, games console and basic computing abilities all in one device. Apple’s iBooks store is now a major threat to Amazon and Barnes and Noble’s digital ebook dominance as a result.

With both companies seeing their shares drop in the wake of the iPad’s arrival, it’ll be interesting to see if these cuts will turn the tide back in their favour. It’ll be even more interesting if we see some of these reductions make the jump across the ocean to the UK too!