This is a guest post by D. Salmons over at TestFreaks, which reviews everything from MP3 players to digital cameras.

Hot on the heels of the iPad release, Apple has announced a new operating system update is in the works for all things iPhone this summer, including the iPhone, iPad, and iPod Touch. The update claims to be for all recent devices. However some devices will not get all of the features that the new OS is bringing.

So, will your Apple device support the new iPhone operating system version 4.0? And if so, what features will it get, or more importantly not get? We take a look at what the update brings to each device, hopefully explaining what you should expect when it becomes available.

The current flagship of the Apple mobile world, the iPhone 3GS will definitely be getting the update in all its glory. You can expect to have multitasking support, app folders that will let you store up to 2160 apps (as compared to a limit of 180 apps today), better email, iBooks on the device, and more. In total there are over 100 new features to enjoy, but these are probably the biggest items for most people.

The iPhone 3G will get the update, but a few features will be missing. One of the most noticeable missing features will be multitasking support. This is due to the lower memory and slower processor on these models. There may be other features that this model will not get either, but so far it appears that Apple is still ironing out the kinks on what exactly will be supported on this model.

The second generation iPod Touch (and the third generation 16Gb model) will get the update, but it will not be able to run all of the features. At this point multi-tasking is out of the picture, and other features may be lacking as well. Apple has not yet committed to exactly what items will be unsupported. Another key point for these devices that Apple has not validated is whether or not the update will be free. Given the history of the 3.0 update it might be wise to expect a charge, but Apple has not officially commented.

I hate to be the bearer of bad news, but at this time it appears that these devices will not be supported by iPhone OS 4.0. To note, Apple can change the game before the release, but everything indicates this to be the case. Even the wording on the Apple website indicates this:

“iPhone OS 4 will work with iPhone 3G, iPhone 3GS, and the second- and third-generation iPod touch this summer, and with iPad in the fall.”

The only good news for the first generation device owners is that new devices are expected around June. While owners of 2nd and third generation devices will have to lament if the new features warrant a new device instead of just the OS upgrade, at least you will have a much more compelling reason for the new device! 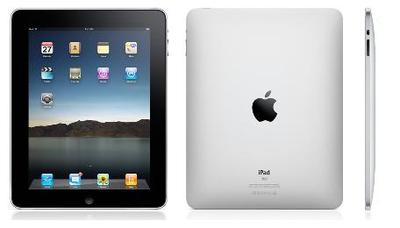 The latest cool tech toy in the Apple lineup, the iPad will definitely be getting the iPhone OS 4.0 update, but at a later date. Right now the delivery timeframe is late autumn, so the iPhones/iPods will get it first. But the extra time will no doubt work in the favour of the iPad owner, with new features and testing.

At this point those extra features are not known for certain, but the rumour mill has suggested direct printing for the iWork apps and cover flow support for your tunes. While those are rumours, it is certain that the Apple engineers are hard at work on the iPad OS 4 autumn update right now.

While we have tried to be as accurate as possible, please remember that Apple can and has changed its mind on the eve of a release. With that stated, it seems that, outside of the first generation device owners, everyone will find something handy about iPhone OS 4.0. My favorite will be the unified email box and the use of iBooks on the iPhone, but you may find other features to your liking.