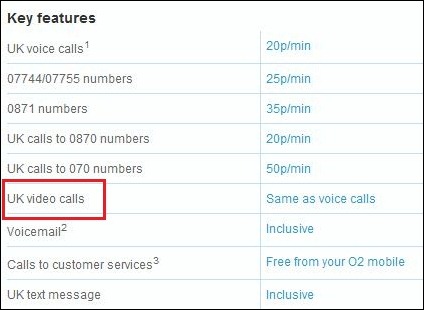 O2 have today updated their iPhone tariffs. That in itself wouldn’t be too exciting, were it not for the fact the new deals include pricing details for video calling. With the current generation of iPhones unable to make video calls, have O2 just revealed a key feature of the rumoured iPhone 4G?

The latest iPhone 3.2 SDK certainly suggested that video calling was on the cards for the next generation of iPhones, and developers haven’t been exactly shy in confirming that the 3.2 OS already has some limited support for video calling under the hood.

If it proves to be true, the video calling feature all but confirms the next-gen iPhone will have a front-facing camera. Video calling has never been as popular on handsets as had been expected, but if any device was going to change consumers attitudes towards the service, Apple‘s phone stands as good a chance as any.