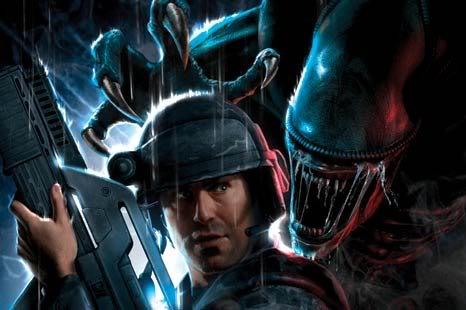 It’s been a tense time for gaming fans of the Aliens movie franchise. Obsidian’s Aliens-based RPG gets canned, Aliens Versus Predator divides critics and the promising Aliens: Colonial Marines falls of the radar completely.

Thankfully, Colonial Marines was given a new lifeline today, with the head of developers Gearbox confirming that the project is back on track.

“We have an Aliens game with Sega and 20th Century Fox which we’re really excited about,” Randy Pitchford told MCV. “It’s the thing I’ve been stealing from all my career. Now I’m really working on it, but we’ve been quiet about that so far.”

It seems that the somewhat unexpected success of Gearbox’s excellent Borderlands caused the project to be temporarily shelved.

“Borderlands took over Gearbox,” he added. “We had so much fun working on that and when we finished we wanted to carry on. And the DLC – we’ve launched two so far and there’s a third to come which take us to a new level in every way.”

With Sega set to publish Aliens: Colonial Marines, seeing AvP (their other title based on the franchise) shoot to the top of the charts likely also helped resurrect the game.

Aliens: Colonial Marines is set to be a 4-player co-op shooter, with tactics and teamwork needed to take on the Xenomorph horde.

Click here for Tech Digest’s review of Aliens versus Predator on the Xbox 360.