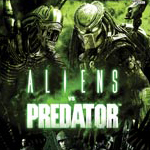 On paper, there is so much that could go wrong with Aliens vs. Predator (AvP); not only does it attempt to tie together two of the most well loved franchises in cinema history, but it also tries to weave together three wildly differing campaigns and playable characters, not to mention resurrecting a much-missed gaming series and adding an innovative online mode into the mix.

Developers Rebellion however are no strangers to Xenomorphs, alien trophy hunters or Colonial Marines. Their first experience with the universe’s most lethal killing machines goes way back to 1994’s AvP for the Jaguar console, which was followed by two well-received PC sequels. Building on these solid foundations, Rebellion thankfully choose to mine the rich lore of the original films and the AvP Dark Horse comics rather than the woeful recent movies. 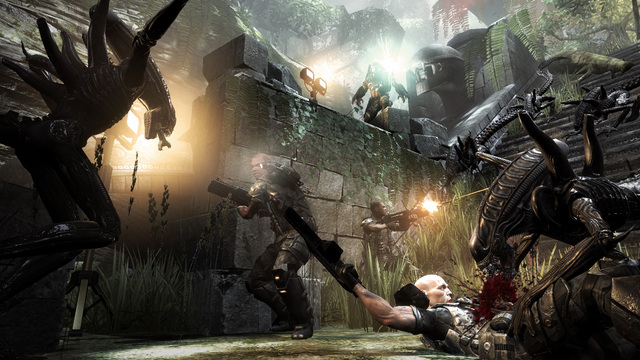 What you get then is one of the goriest first-person shooters in recent memory that plays ample lip service to its fans and packs in all the best-loved bits of its two respective movie series.

Lance Henriksen reprises his role as Bishop in a story that is really just an excuse to have a massive intergalactic ruck. Human colonists, as per usual, are meddling in Xenomorph affairs by unearthing an ancient pyramid-shaped nesting ground that arouses the interests of a Predator hunting pack. It all goes pear-shaped and the Colonial Marines are flown in an attempt to save the day.

You’re getting three interweaving campaigns for the price of one here. Most familiar, and most polished overall, is the Colonial Marines campaign. While having some edge-of-the-seat survival horror moments, and some genuine scares to boot, it’s pretty much a standard corridor shooter, complete with boss fights and light puzzling. The Alien Xenomorph and Predator campaigns are a little more interesting and are more stealth orientated, though seem a little cobbled together in comparison to the flowing narrative of the human campaign. 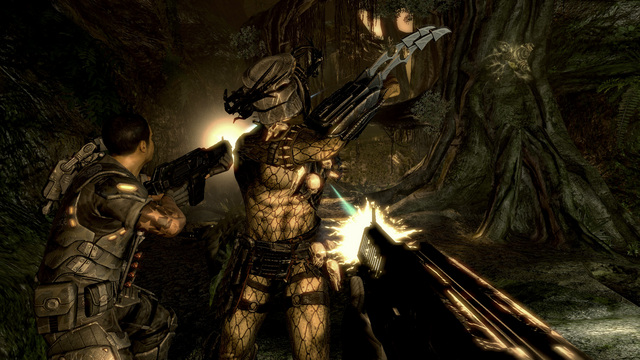 What really brings AvP into its own though is the obvious devotion to the licence shown. When playing as the Colonial Marine, you really feel like one; you have a gung-ho gang of continuously-dwindling comrades, the iconic drilling sound of the pulse rifle and the ominously ever-present click of the motion tracker. You’re totally immersed, and totally fearful that every corner hides a foe “coming outta the goddamn walls, man”.

Likewise, the Alien and Predator modes let you be as cooly evil in the game as they were in the films. Disorientating at first, the Xenomorph can stealthily clamber up walls at great speed and surprise opponents, lashing them with their tail and claw melee attacks. If playing as the Xenomorph is insectile, playing as the Predator is like being a walking sci-fi armoury; you have full access to Predator’s range of cloaking devices, heat sensitive visors, shoulder-mounted canons, spear and throwing disc as well as its brute strength and the ability to leap great distances.

And then of course, there are the well-publicised Trophy executions, and yep, they’re as bloody as they come. Bursting through a Marine’s head with the Xenomorph’s mandible or sticking one through the eye with your tail is sickly, brutally satisfying. It’s bound to upset a Parliament back-bencher or two, but it’s true to the flavour of the original films and in keeping with the uncompromising spirit of the game. 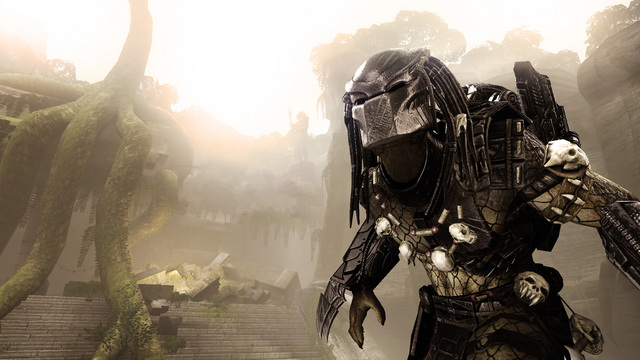 While great attention has obviously been paid to getting the squeal of the Xenomorph and the roar of the pulse rifle just right, it appears not as much care went into getting the graphics up to the same standard as the sound effects. The many interior scenes are as cookie-cutter corridor clichéd as they come, but they can be forgiven as the Alien films pretty much invented what were to become those same clichés later on anyway. What is harder to excuse though are murky textures and sometimes jarring animation transitions. Character models look excellent overall, but it’s a shame that most environments looks as though they could have been lifted from this console generation’s launch titles.

Once you’re done with the generous three-course single player meal, there’s a load of multi-player options to get stuck into. Of course there are your staple free-for-all and team death matches, but best of all are the modes that isolate each different species’ individual strengths. Predator Hunt sees a lone Predator take on a wave of Marines, whilst perhaps the best of the bunch is Infestation, where a team of Marines battle it out against a single Xenomorph, with each fallen soldier swelling the alien’s ranks. Though often a lot of fun, there are definite balancing issues at play here due to the completely different skills of each species. Hopefully future updates can address this, but AvP’s unique multiplayer modes will likely pick up a dedicated following regardless. 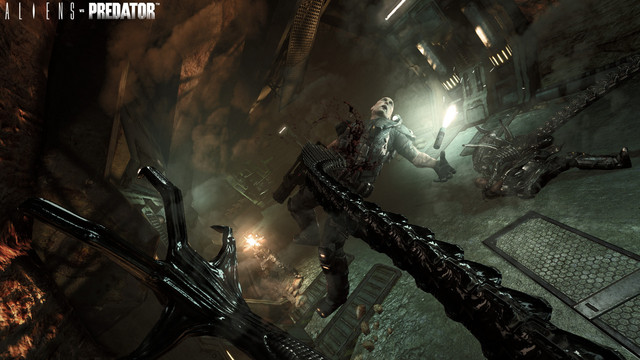 And so for everything that could have been “Game Over” for AvP, it manages to rise above and deliver on the promise of its weighty licence. It’s neither clever nor pretty, but it’s crammed full of all the gory ingredients that fans have been crying out for. AvP will carve a nice little niche in your gaming heart… and then probably burst out of your chest and eat your family. Excellent.