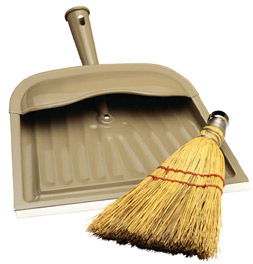 Whether it’s due to the prolonged cold spell or the “fresh-start” feeling that a new decade ushers in, it seems us Brits have taken to Spring-cleaning a little zealously this year. Top of the de-clutter casualty list is unwanted technology, a poll of 2,000 people has found.

Nearly 20% of Brits are having a bigger clear-out this year as it’s the start of a new decade, with 34% saying that they’ll be chucking out old CDs and DVDs. It looks like the age of the digital download is finally taking hold, as many look to replace their old films and music with devices that can store them digitally, such as iPods and Sky+ boxes. Physical media may well be on its last legs.

Not to say that this year’s annual bout of Spring-cleaning is turning into some sort of technological holocaust; 35% of those surveyed said they’ll be investing in a nice big flatscreen to fill the cleared space, while a further 20% would be looking into getting a new PC.

Looking for an expert opinion? Look no further than Changing Room’s own Anna Ryder Richardson, who said that; “This year will definitely see a huge homes overhaul, being stuck indoors for a prolonged period due to the cold weather has certainly made people think about how they can improve their homes and the environment that they live in.”

So there you go then.