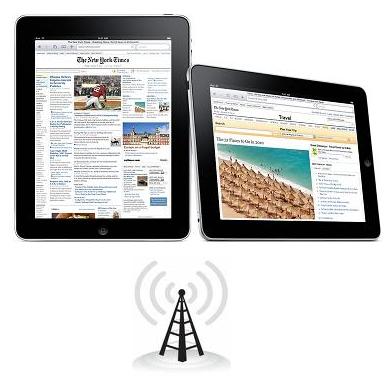 Steve Jobs’ announcement that Micro-SIM cards will be taking over from regular SIM cards on 3G duties wasn’t exactly accommodating for the millions using the later variant. Nor did it much help network operators who find Micro SIMs in short supply.

It has however helped sharp sources to decipher who exactly is going to be carrying the iPad on their networks. SIM supplier Gemalto have revealed that both O2 and Orange have requested very large batches of Micro-SIMs. Could the iPad be headed to their networks first?

Both do currently have the right to sell the iPhone, and with AT&T retaining their position with Apple and the iPad in the US, O2 may also get first dibs here in the UK.

Remember though that the iPad will be unlocked out of the box. It could just be that O2 and Orange are stockpiling Micro-SIMs for those who want to use the iPad on their network, and not necessarily grabbing them up in preparation for exclusive contract deals.

We’ll keep you posted on this one as the story develops.