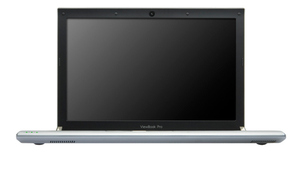 A whole host of new notebooks have been announced by ViewSonic. The six notebooks make up the new Viewbook range by the PC manufacturers, and are available now.

The flagship Viewbook Pro is the most exciting of the newly announced notebooks. Super-thin at only 1.7 cm and weighing in at only 1.6kg the magnesium alloy coated kit is portable enough to fit into even a modest handbag.

A great feature is the ability to “hot swap” batteries. If your Viewbook Pro is on it’s last legs, you can plug in another charged battery without needing to power down your desktop.

The notebook also features a fingerprint lock, multi-touch gestures and an internal 8x DVD writer, with an RRP of around £700.

For more info on the full Viewbook range, visit www.viewsoniceurope.com/uk