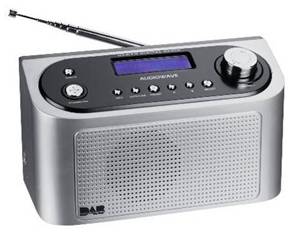 Not too long ago DAB radio seemed to have a glittering future. Championed by the BBC and backed by a slew of high profile manufacturers it seemed inevitable that DAB would be the radio format of the future. However in the last two years much has changed and DAB radio is now at an interesting crossroads.

Listening to the radio via the internet is becoming hugely popular thanks in part to the BBC iPlayer but also the growing availability of internet radios. There are also some doubts about DAB as a format after it was dealt a blow by several other European countries. Several radio stations have also pulled out of the DAB franchise now too it faces the challenge of satellite radio which is already huge in the US and has the backing of several major car manufacturers.

So should you still buy a Dab radio this Christmas?

Well the short answer is yes. It does seem incredible now that only three years ago the average price of a DAB radio was around £80. Fortunately prices have plummeted and now there’s a good selection of models that are below £25.

It seems that the £20, and maybe even the £15 DAB radio is just weeks away.
Ultimately there is a question mark about the future of the format. But it will survive if the number of DAB radios installed in the UK reaches a critical point. At the moment around 15% of the population own one – ideally the govenrment would like that figure to be 50% by 2015 when it would like to switch off analogue transmissions.

Also even if some commercial broadcasters desert the format, it is very unlikely that the BBC will follow suit.

So expect to see the prices of DAB radios continue to fall in the coming months as the format seeks to ensure its future.