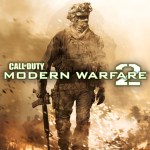 It’s not only the most hotly anticipated game of the year, it’s also one of the priciest. Call of Duty: Modern Warfare 2 has a recommended retail price of £54.99. Sainsbury’s however have managed to undercut all the major competition, selling the game for just £26.

In an aim to make as many copies of the game available to the public as possible, Sainsbury’s will only be allowing one copy per customer. However, it’s not uncommon for retailers to run out of stock of games, and at a price like that, Sainsbury’s are in for quite a busy day.

You can pick up your copy of Modern Warfare 2 here (Xbox 360/ PS3). If there are any copies left that is.