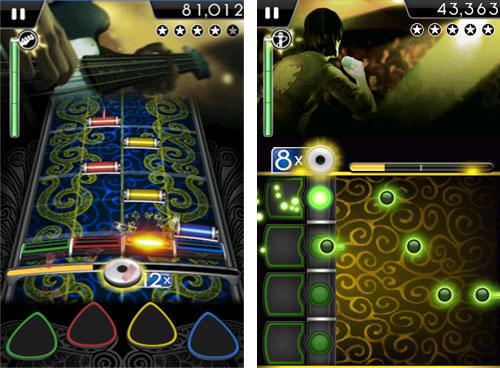 Great news from EA. Officially the best game ever invented – Rock Band – will be available on the iPhone and the touch later this month (no details on price). It will be interesting to see how the cut down version fares as you won’t be plugging any instruments into the phone, it will work using the handsets’ touch screen facilities.

There’s a multi player option too so you can take on your mates using Bluetooth.
There are four different modes ranging from a casual mode to one for hardcore Rock Band users.

The game comes with the 20 tracks listed below, but you can obviously add to them as time goes by.