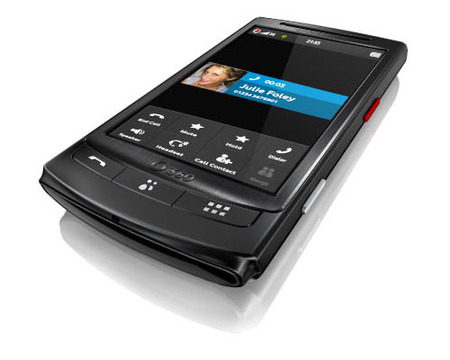 From Vodafone comes a new suite of internet services for mobile phone and PC connectivity that will enable users to access communities, entertainment and personal favourites (music, games, photos and videos etc.) all in one place.

Similar to services already offered by other mobile phone operators, such as Orange’s Social Life package, Vodafone 360 works across a range of mobile phones, including the new, exclusive Vodafone 360 phones and syncs automatically with your PC.

At its heart, Vodafone 360 offers a personal address book – Vodafone People – which brings together all your contacts from the mobile phone, social networks and other internet accounts. At launch Vodafone 360 will work with Facebook, Windows Live Messenger and Google Talk. It will also soon be compatible with Twitter, Hyves and studiVZ.

Two tailor-made Vodafone 360 mobile handsets, manufactured by Samsung, have been designed to give the best customer experience of the services including the unique 3D contacts display, driven by Vodafone’s ‘proximity algorithm’ which brings the most frequently contacted people closer to the front.

The Vodafone 360 H1 by Samsung boasts a 3.5inch multi-touch, high definition OLED screen, 16GB memory, WiFi, a maximum talk time of over 400 minutes (3G) and a 5 megapixel camera. It will be followed shortly by a second Samsung handset, the M1, offering customers a range of colours and price points.

At launch four Nokia Symbian smartphones will also come pre-loaded with Vodafone 360 and part or all of the service will be available to over one hundred popular phones via download.

At its heart Vodafone 360 has the most personal address book available, bringing together all of the contacts from the mobile phone, social networks and other internet accounts. It works across a range of mobile phones, including the new, exclusive Vodafone 360 phones, and synchs automatically with the PC

The 2009 launch in Germany, Greece, Ireland, Italy, Netherlands, Portugal, Spain and the UK will be followed by launches in a number of other countries in 2010, including India, Turkey, South Africa, New Zealand and Romania and in France through SFR. through MTS in Russia, and through Vodafone Hutchison Australia.