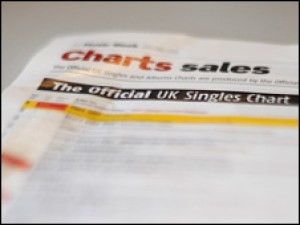 The UK singles chart is to be revamped to include songs played via streaming services. The move would mean that, for the first time since it began in 1952, the chart would not be simply compiled via music sales.

With services like Spotify and We7 becoming ever more popular the UK Charts Company said the charts were “bound to” incorporate streams although the changes might not be in place until 2010.

The company said: “The charts have always been there as a popularity poll, as a means of identifying what are the hottest records of the moment. That’s been relatively simple when people have bought stuff to keep forever. But that’s going to become increasingly more complicated.”

No exact details of how streams will be counted have been revealed although it has been suggested that they will carry less weight than actual sales.

In terms of keeping the charts as an actual representation of popular music, the proposal has to be a good thing. But the system will have to be properly monitored as there are a number of additional factors to consider.

What happens, for example, if a tune is streamed but then stopped or skipped by the user? Also, what about when a stream finishes and a new one automatically starts without the user specifically selecting that stream?

It will have to be policed as well, as the system would be open to corruption. It would be fairly easy for an artist to set up a couple of computers to continuously repeat their selected stream over and over again. Some sort of IP address tracking will no doubt come in to play.

Currently the top 2 songs on Spotify are Right Round by Flo Rida which was released in January and Kids by MGMT which first came out in October last year. This would indicate that songs don’t necessarily have to be brand new to be popular. The charts could be in for a bit of shake up then.