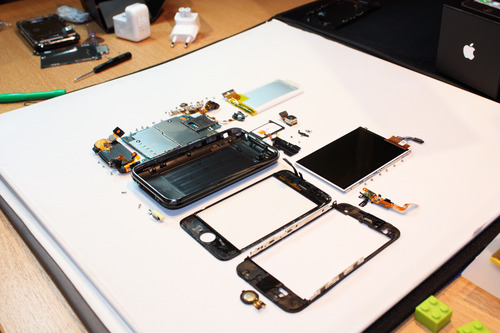 Rapid Repair has dissected the iPhone 3G S and have identified the technology that makes Apple’s new baby the fastest iPhone ever.

First off the processor – the Samsung S5PC100 based on the ARM Cortex A8 design – is much faster than older versions. 600Mhz compared to the iPhone 3G’s 412Mhz.

The 3G S has a PowerVR SGX graphics chip made by Imagination Technologies – far superior to the prior-generation graphics chip in the older models. RAM has been doubled to 256MB.

Apple is promising that the iPhone 3G S will be better, performance wise, to its older siblings in every way. These technical specifications seem to support this promise.

Get your iPhone 3G S direct from Apple or via O2. If you’ve got one already, let us know what you think – is it much faster?