On a busy day for the Scandinavian phone giant, the announcement of the 3710 fold might just go a bit unnoticed. 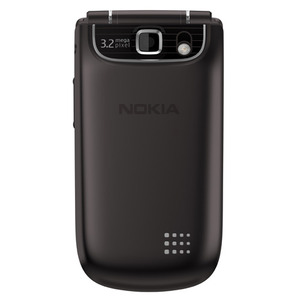 That could well be a blessing in disguise as this phone looks like it should have been released in about 2001. It’s a budget option though (around €140) so I probably shouldn’t be too harsh.

It looks as if this one is being aimed at kids – it’s available in white, pink and black. The 3.2-megapixel camera, stereo music player and FM radio should keep them entertained and they do all of the file swapping they like with the built in Bluetooth.

It does also have 3G and is built on Symbian S40 so access to the web is also possible – although surfing won’t really be much fun on a 2.2-inch QVGA screen.

I was never really a fan of clamshell phones first time around and I can’t see this model instigating a comeback.