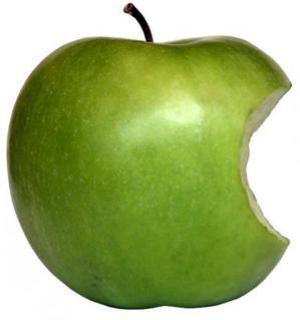 I’m not in San Francisco, I’m not going to lie to you, but I’ve got my finger on as many internet pulses as I have fingers and if you keep refreshing this page, I promise you’ll have the word from their mouths before Phil Schiller (and Steve Jobs?) have even spoken them. All the important news and none of the ambience right here.

20:05 And that appears to be it. No tablet and no Jobs. Just a slightly better phone. And I’m at work until 8pm for that?

VoiceOver accessory to read aloud whatever you touch

19:56 Voice control for voice dialling. Are we supposed to be impressed> Does anyone use that function? Let me guess, truck drivers, right?

Music playback can be controlled in the same way. Ok, I take some of that back.

19:53 Video capture at 30fps, VGA resolution with auto-focus, AE and white balance too.

Video can be trimmed with the tap of a finger files stored next to your stills.

19:50 Same design as the before. Still with glossy back. Everything is faster – probably due to a better processor.

It’s got 7.2Mbps HSDPA (again?), 3-megapixel autofocus, tap to focus (nice touch/pun), white balanace adjustment on the fly with 10cm macro too. No Nokia N97 but not too shabby.

19:26 TomTom is involved with a turn-by-turn GPS app from the store. Car kit can also be bought.

19:20 Lots of slides of the iPhone with some new apps. The handset looks identical, so all changes are probably the internal ones we’ve been expecting (and a media tablet?)

18:46 Woah! Snow Leopard priced at just $29! Presumably because it’s an upgrade but still, that’s value and from Apple of all people.

18:26 We’re seeing a lot of bar charts proving that the Mail performance on SL is the best and that the browsing speeds on Safari 4 are many times faster than Firefox, IE and Chrome with IE at the bottom of the pile, natch. I imagine it all depends on how you measure it. Also worth noting noe mention of Opera.

18:09 It’s got a built-in , non replaceable Li-polymer battery which is set to last 7 hours. It’s colour gamut is 60% better and, by jove, it comes with an SD card slot. It’s also greener (blah, blah, blah).