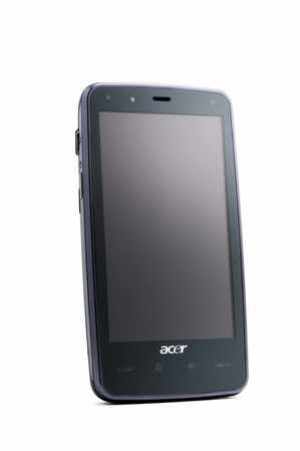 After debuting at Mobile World Congress the pleasent little Acer F900 has cut a lonely figure, cast firmly in the shadow of the smartphone war that still rages between the Palm Pre and iPhone 3G.

The F900 has it’s own original UI too, you know! Its got a 3.8inch VGA screen, its got intuitive web-browsing and widgets, its got Adobe Flash Lite support! You’re not listening are you? Because it’s not a Palm Pre or an iPhone. I don’t blame you. I don’t want one either.

The Acer F900 isn’t sexy, in fact it’s eminently plain, it’s a digestive biscuit of a phone. And an expensive biscuit at £429. It probably won’t sell well in the high street, so Acer will sell them en-mass to businesses who’ll farm them out to their footsoldiers – and they’ll be grateful…won’t you.