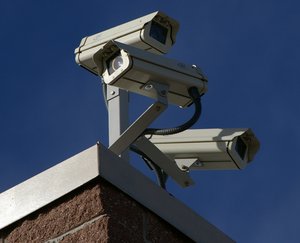 You know those horribly intrusive laws invading people’s online privacy in the name of a greater security for all? The ones that insist that every ISP must hold user communication data for 12 months? Well, the Home Office security minister Vernon Coaker reckons those laws don’t go far enough, because they don’t cover social networking and instant messaging websites.

Responding to a question from Liberal Democrat MP Tom Brake, Mr Coaker concluded by saying: “I look forward to his support when we present Intercept Modernisation Program proposals, which may include requiring the retention of data on Facebook, Bebo, MySpace and all other similar sites.”

The good news for people who, y’know, value their privacy, is that the technology required could be prohibitively expensive, with Cambridge University computer security expert Richard Clayton telling ZDNet that the bill would be nearer the billion than million pound mark.

Typically, this is already attracting the term ‘Orwellian’ to it, which I’m always sceptical of because most people who use the term clearly have never read Nineteen Eighty-Four. Let’s get some perspective – it’s far from thought police, but it’s still a dangerous precedent all the same.