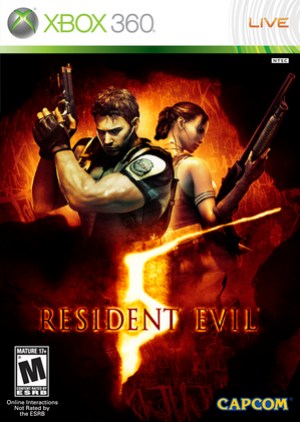 Did you buy Resident Evil 5 this week? So did lots of people, putting it at the top of the UK gaming charts. But it’s more than just that – Capcom has released a press release stating that video games are now the most popular entertainment medium in the UK. Why’s that? Well I’ll let Capcom’s statistics do the talking:

Those are some impressive statistics right there, but I feel pretty safe in saying that it’s a leap too far to suggest that games are now the biggest entertainment product in the UK. I know, I know – a press release exaggerating the facts to create media buzz is practically unheard of, but it’s just not a sensible assumption to make.

U2 aside, there aren’t any really big albums out this week, and most of the UK movie chart seems to be made up of films from last year. What were Capcom expecting a challenge from exactly? Hotel for Dogs? Marley And Me? Slumdog Millionaire? Nope, none of those canine themed titles were ever likely to put up much of a dogged (arf) fight.

Show me a week when the latest piece of Wii shovelware about grooming ponies outsells a new James Bond film and I’ll concede that maybe gaming is the biggest UK pastime. Until then virtual zombie slaughter will always come second to feel-good flicks about a family learning important life lessons from a naughty and neurotic dog.