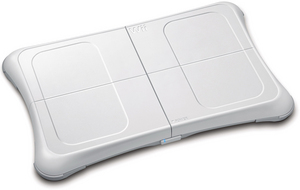 A 25-year-old scout leader from Yarmouth died while using his Wii Fit making this the first balance board related death in history, or at least the first I’ve heard of.

Tim Eves was found by his girlfriend and flatmate in March slumped on the floor presumably with the machine still running and encouraging him to pick up the pace and not to be such a slow coach.

Mr Eves had just got back from holiday in Lisbon celebrating his mother’s birthday and it was she to whom Mr Eves last spoke moments before his death. She said:

“We spoke to him on the phone when he was playing on the Wii machine. He told us he had just ordered himself a kebab and was sitting there with a glass of port.”

“But a little while after he had put the phone down, he collapsed for no reason. It was completely out of the blue.”

The body is currently undergoing a post-mortem but for the while it is being treated as Sudden Adult Death Syndrome, which is, of course, a fancy way of saying that they haven’t got a clue.

It seems unlikely the Wii was to blame. Personally, I’d look to the diet of port and kebabs. It might also be worth noting that according to his mum, Mr Eves had only ordered the kebab and not yet eaten it. That puts the the delivery man right in the frame for me. I’m sure I’ve dished out enough drunken abuse in kebab shops over the years for someone to decide that enough is enough. Apparently, I’m not alone.