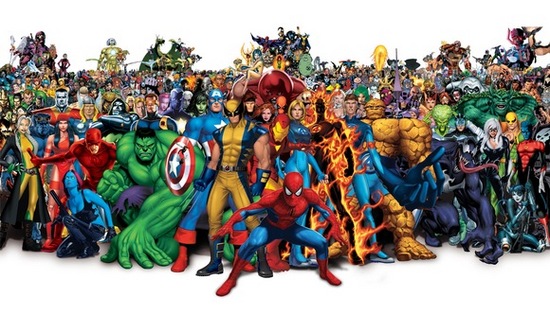 Given that every MMO outside of World of Warcraft seems to struggle, it takes some pretty big cajones for a publisher to announce seven in one go. Even bigger cajones if that publisher is a start up. The cajones take on some kind of monster proportions when you realise that said publisher has purchased the rights to Marvel Comics for the next 10 years, and will be using it in some of the titles.

Gazillion Entertainment has done just that. It’s a hugely ambitious statement of intent for a start-up with an impressive 300 employees. If you’re wondering why you hadn’t heard of them until today, the company has been operating in ‘stealth mode’ while it quietly snaffled up Netdevil last year in addition to its two other studios: Amazing Society and Slipgate Ironworks.

So here’s a list of the games we know about: Marvel Super Hero Squad (an MMO based on the new cartoon), Marvel Universe, LEGO Universe (which was being worked on by NetDevil prior to the acquisition) and Jumpgate Evolution (another NetDevil property that may still be published by Codemasters). On top of these, Amazing Society has two unannounced titles, NetDevil has one and Slipgate Ironworks has another. Phew.

The deal with Marvel is due to last 10 years, which gives them plenty of time to make the most of the licence. Some readers may be thinking the idea of a Marvel MMO sounds familiar, and that’s because Marvel Universe Online was once a Microsoft title in development for Xbox 360 and PC, before it was abandoned in 2007. It’s good to see that Marvel is coming back to the world of MMOs though, and more intriguing to see it going head to head with the DC comics MMO: DC Universe Online, in development by Sony for PS3 and PC.

With World of Warcraft’s dominance showing no sign of slipping, and DC Universe to contend with, perhaps Microsoft had the right idea in leaving the project to another publisher.