Those preparing to launch their own successful eCommerce venture might be disheartened by figures revealing that around 90% of all new eCommerce startups go bust within the first 90 days. This is despite the record numbers of new eCommerce startups being launched in the past couple of years. While some of the reason that eCommerce…
7th September 202131st December 2021 Tech Digest Correspondent Business tips

A great feature this one. The bloggers over at MusicAlly have compiled a pretty extensive list of the best digital music startups they have found this year. Everything from torrent file-sharing, browser streaming and Twitter music apps are featured,…

Given that every MMO outside of World of Warcraft seems to struggle, it takes some pretty big cajones for a publisher to announce seven in one go. Even bigger cajones if that publisher is a start up. The cajones take on some kind of monster proportions when you realise that said publisher has purchased the rights to Marvel Comics for the next 10 years, and will be using it in some of the titles.

Gazillion Entertainment has done just that. It’s a hugely ambitious statement of intent for a start-up with an impressive 300 employees. If you’re wondering why you hadn’t heard of them until today, the company has been operating in ‘stealth mode’ while it quietly snaffled up Netdevil last year in addition to its two other studios: Amazing Society and Slipgate Ironworks. 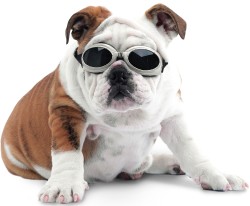 You don’t have to be based in Silicon Valley to rake in millions of venture capital funding for your whizzy Web 2.0 idea, but it helps. Nevertheless, there’s a thriving bunch of Web 2.0 startups here in the UK too, even if they don’t fall into an easily classifiable scene or movement.